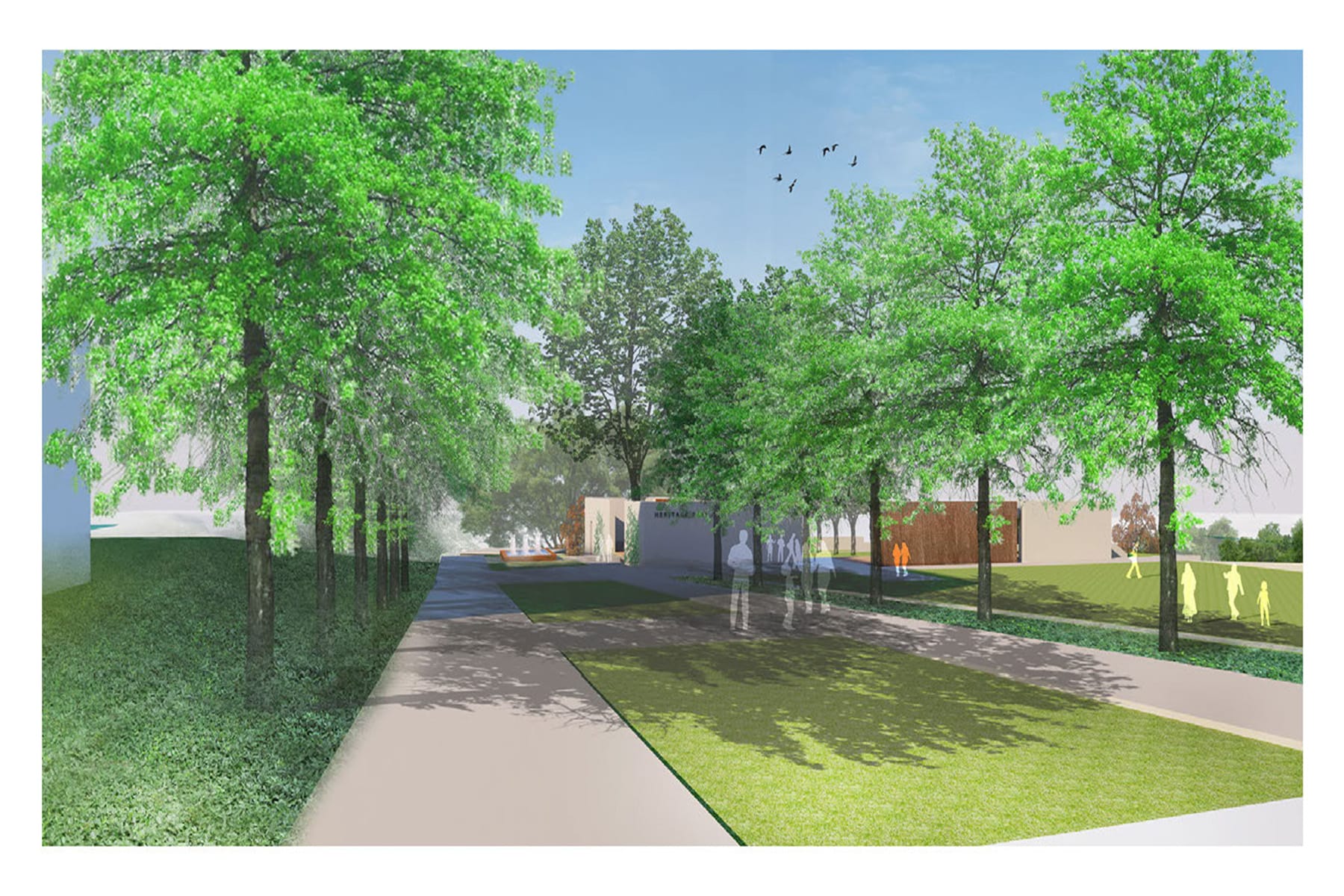 Merit Award, 2016 - Fort Worth Chapter of the American Institute of Architects

Located on the site of Fort Worth’s founding, Lawrence Halprin’s Heritage Park Plaza opened in 1980 as part of a larger vision to connect downtown Fort Worth to the Trinity River.  Halprin originally envisioned a series of public spaces between Philip Johnson’s Water Gardens and the riverside Heritage Park.  Unfortunately, the connections to the river were never realized and the park closed in 2007 due to unsafe conditions.

Bennett Partners and Studio Outside were originally retained to restore and reopen Heritage Park Plaza, but realized that the key to the park’s long term viability lay in completing Halprin’s original vision.  The new masterplan relocates Main Street creating a forecourt and events space that activate the Plaza.  A monumental stair, along with improvements to existing paths, provide the pedestrian connections that fulfill Halprin’s vision of making his Plaza a modernist link between Fort Worth and the Trinity River.