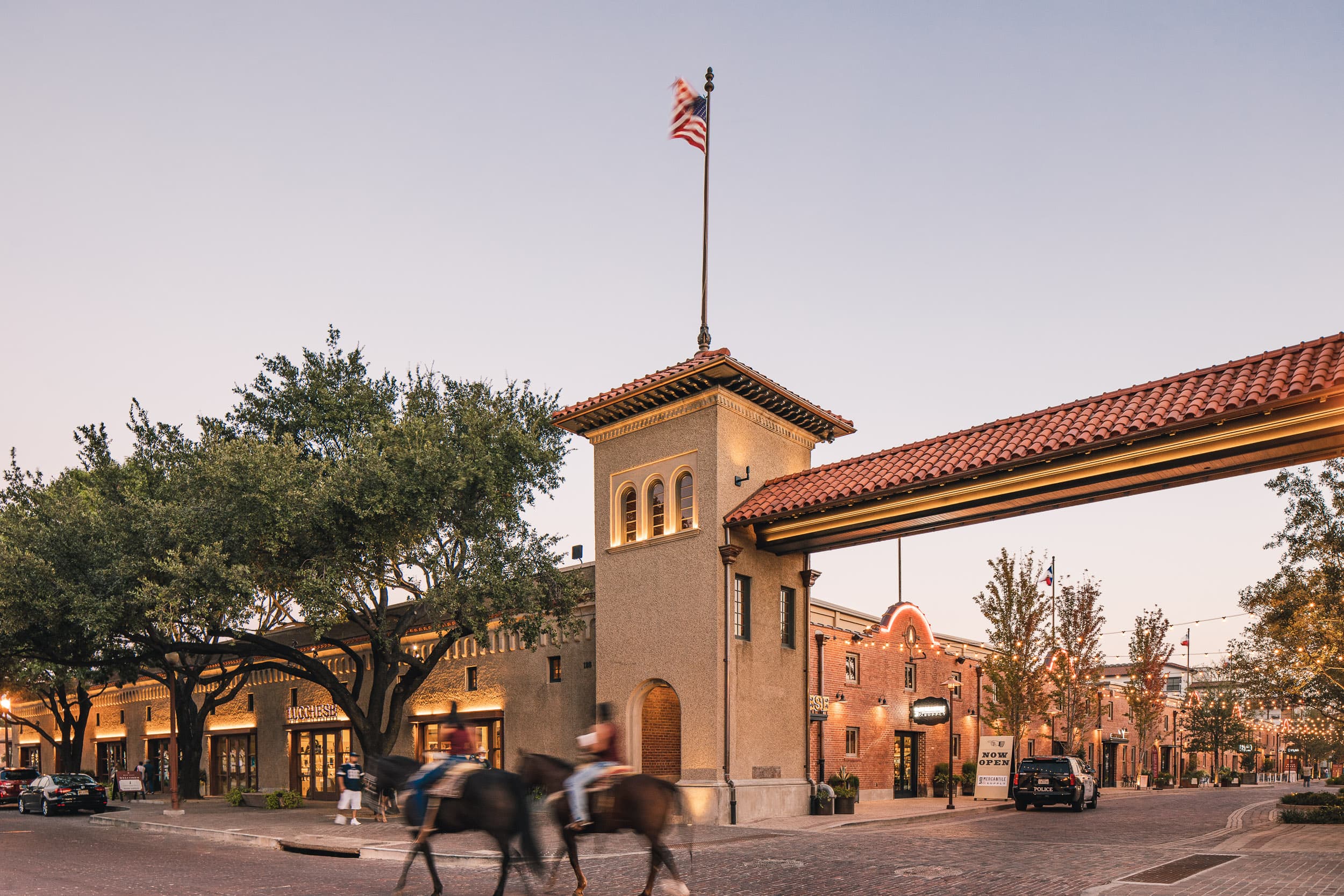 The Horse and Mule Barns, built in 1912, are located at the heart of the Fort Worth Stockyards and are included on the National Register of Historic Places as part of the Stockyards Historic District. The two barns were designed by Klipstein & Rathmann Architects as fireproof structures and featured distinctive red brick bearing walls and concrete – encased wrought iron structural members.

With an original construction cost of $300,000 and a mission design, they were some of the finest stables in the world. They helped make Fort Worth the country’s largest horse and mule market during the early 20th century, providing millions of cavalry animals for both world wars.

The restoration work included the repair of significant structural damage including foundations, walls, columns, and roofs from years of neglect, weather, and fire. Extensive restorations and replacements were made to original design elements including damaged steel and wood windows, missing brick and damaged openings, stormwater elements, flag poles, and decorative soffits. The removal of all non-original elements, structures, openings, and equipment was also a priority to return the barns to their historic state.

The challenge for this adaptive use project was to repair and restore while concurrently altering the Historical Barn Blocks measuring 540ft x 250ft to introduce economically viable opportunities for various new commercial uses. These alternations needed to maintain continuity with the Stockyards culture and revitalize the areas around the barns, including the 60 foot roadway known as “Mule Alley,” E. Exchange Ave, Marine Creek, Saunders Park, and a new hotel to the south.

The barn interiors were an opportunity to provide creative solutions for new demising walls that maintain a connection between the large volumes, unique aesthetics, and natural light from the clerestories. Each space allows new tenants a unique backdrop and richness not often found.