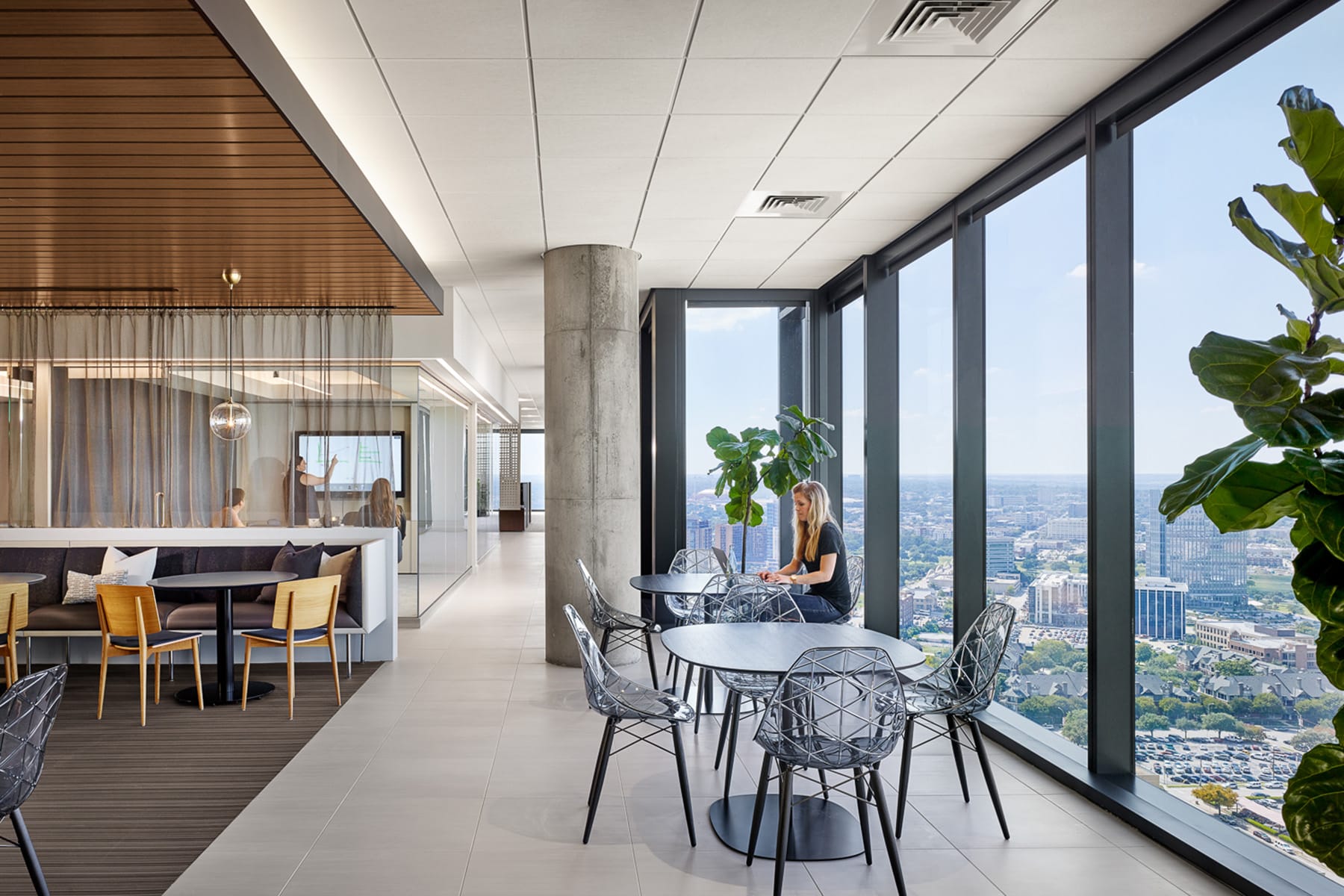 Founded in Fort Worth, Texas in 1991, Jetta Operating Company, Inc. is a privately held oil and gas firm operating in the southern and eastern United States.

The firm’s growth over the years had been accommodated by leasing additional space in the office building where the firm was founded, but the building’s small footprint meant that departments and staff were scattered in smaller office suites on different floors.  As Jetta grew, the owners realized the disjointed configuration of their workspace represented a significant obstacle to their vision of Jetta’s future success.  That vision looked beyond the conservative, traditional workspaces and cultures still found in most oil and gas companies to a highly collaborative and egalitarian office environment.

Their new space eschews the traditional corner office in favor of flexible demountable partitions.  This system provides superior flexibility to accommodate rapid changes warranted by the highly cyclical nature of the oil and gas industry.  Private offices, where they occur, are similar in size and are moved away from the glass, giving everyone access to the expansive views of downtown Fort Worth and the more distant rolling hills of the Texas prairie.

One particularly successful design strategy was to place coffee and refreshment areas on each floor immediately off the elevator lobby, along with a variety of meeting room and furnishing configurations.  A result of this strategy has been more opportunities for staff from different departments to spontaneously interact with each other.  These chance meetings have already improved collaboration between engineers working in different oil and gas fields, allowing them to share best practices, resulting in improved performance.

With their new facilities, Jetta has succeeded in creating a work environment conducive to attracting and retaining the best talent; a place where employees are happy to be each day.